Not only interesting for Skype: webcams bring us all a bit closer together – regardless of whether we live in the same city or 10,000 kilometres away. In order to get the clearest possible picture and good sound, a little comparison should be made before buying a webcam . What is important for a webcam, we describe here in our webcam test.

Webcam Test: The best webcams at a glance

Webcams and cameras have become an integral part of our digital lives. Since the offer in this area is very extensive, we have selected a few of the best webcams in advance and compared them with each other. There should be something here for every budget and for every purpose. For skypers, gamers and home office workers, here’s the right solution. 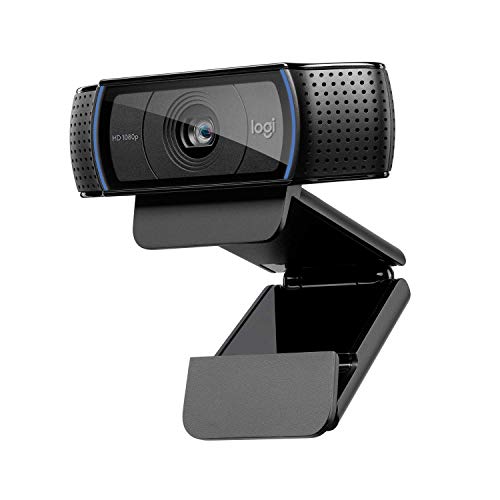 Logitech C920 HD PRO Webcam
Let's start with the Logitech C920 HD Pro webcam. In terms of price, it is in the upper midfield, but it also offers more features than cheaper cameras. The model from the manufacturer Logitech is especially suitable if the webcam will be used more often and comfort should not be sacrificed. The Logitech C920 HD Pro can be attached to a monitor or a notebook display, for example. The camera's maximum resolution is a decent 1080p. One of the highlights is certainly the dual microphone and dual speaker. Sounds can thus be recorded and played back in stereo accordingly. Although this is irrelevant for speech (we do not speak in stereo), it becomes noticeable for music and videos at the latest.
83,99 EUR
Buy on Amazon »
Sale 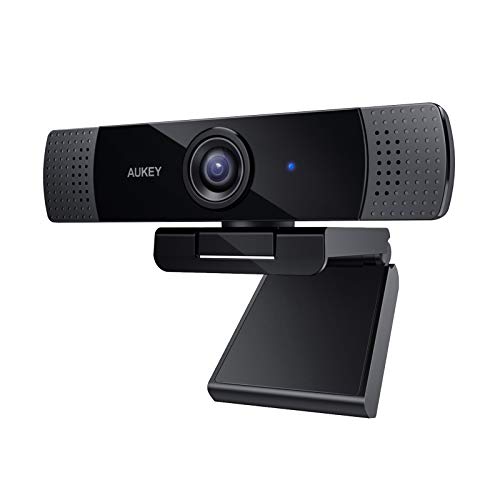 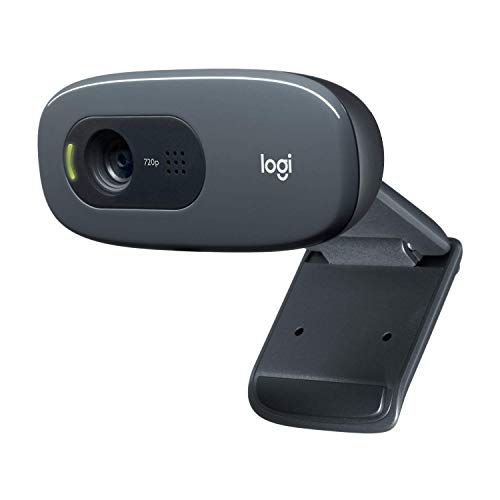 Logitech C270 HD Webcam
The Logitech C270 HD camera is considerably cheaper than the other Logitech model. Since it is quite a cheap model, no miracles are to be expected in terms of features, of course. The webcam is therefore more aimed at users who only need a camera occasionally. For Skype, FaceTime and other video chats, the user's own video can be transmitted with a resolution of 720p - that is less than in the two already presented models, but is still respectable in this price range. However, a second microphone has been omitted. Static photos can be taken with up to 3 MP - but just about every cell phone is a better choice. The Logitech C270 HD is connected to the computer via USB using Plug and Play. Windows 7, Windows 8, Windows 10 and MacOS 10.10 or higher are supported. The webcam can also be used under Google's ChromeOS.
27,99 EUR
Buy on Amazon »
Sale 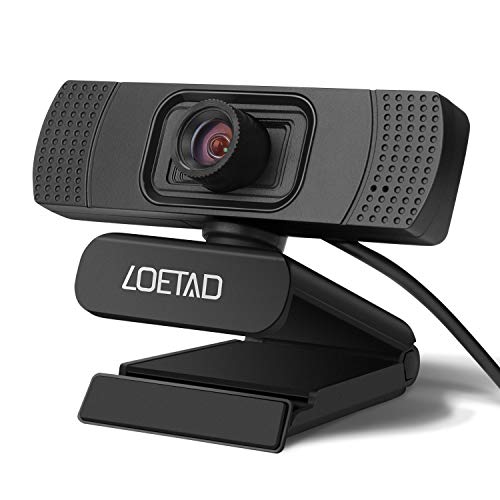 LOETAD Webcam, 1080P Full HD PC Camera with Microphone
The LOETAD HD Webcam 1080p is also quite cheap, but has a higher resolution - the maximum resolution is already in the name. Like many other cameras, it also has an autofocus, but the LOETAD HD Webcam 1080p also allows manual selection of the focus area. To do so, simply rotate the lens with two fingers. The camera's built-in (only) microphone can suppress background noise well, but does not offer stereo recording. The webcam itself can be rotated horizontally 360 degrees when mounted on a display or elsewhere. The adjustable clamp allows an angle of up to 180 degrees. Under Windows 8 and 10, the webcam is automatically recognized as such. If you are still using Windows 7, then the manufacturer's software has to be installed beforehand. This is included on a CD, but can be downloaded directly from the LOETAD website if necessary.
13,42 EUR
Buy on Amazon »

Webcam guide: Everything you need to know about webcams

Even though you can’t really go wrong with webcams, you should still answer a few questions before you buy. The most important thing is to know beforehand what the camera is to be used for. So you can limit the selection already quite strongly. Everything else there is to know about webcams, we have summarized here.

What is a webcam anyway and how does it work?

A webcam is basically nothing more than a combination of a camera, microphone, and sometimes speakers. These are bundled into one device and sold as peripherals for PCs and notebooks. Even though just about every notebook today has a camera, there may be good reasons to opt for an externally connected model. These often offer a much better resolution and are more flexible to install.

What are the advantages and disadvantages of a webcam?

The advantage of an external webcam is that it is not rigidly attached to the case of the notebook or another display. You can place the camera flexibly and also put it somewhere else in the meantime.

The resolution of external cameras is also often higher, plus one or more microphones and sometimes a loudspeaker. If webcams have any disadvantages at all, they are at most to be found in pricing. Some models are only available for more than 100 $.

What types of webcams are there?

In the private sector, webcams with HD or Full HD resolution have become established. They offer a fairly clear picture, good sound and are suitable for the occasional skype. In the business segment, there are conference webcams, among others, which are somewhat more expensive due to their powerful microphones and high frame rates.

In addition, there are also network cameras, which, however, have a completely different use and have nothing to do with classic webcams in the private or business sector. Network cameras have their own IP address via which they can be controlled. A normal connection to a computer is not necessary here.

What should I consider when buying a new webcam?

Before you should think about the intended use If you only want to see someone every few weeks via Skype or FaceTime, then a cheap model is certainly sufficient. If, on the other hand, the focus is on daily use – for example as a streamer – then you should rather spend a few $ more. Two microphones and speakers as well as a camera with Full HD should already be in this case.

Webcams have become real all-rounders in recent years. Nowadays, a webcam for little money is enough to get a camera, a microphone and a (small) speaker in a package. They are often far superior to the permanently installed webcams in notebooks.

Noise cancellation has also greatly improved, as has the maximum resolution of the video being transmitted. Clear images and sounds are not uncommon even with a rather mediocre internet connection.

Installing and setting up webcams is also no longer an issue with a reasonably new operating system. The webcam is clamped to the display, connected to the computer via USB and you’re ready to go. A calibration of the color and a sound test is also done quickly and is offered by the video chat programs.